No one likes bad news. Really? Is that true? When you read the news, whether in the newspaper or online, it is usually not good. More often than not, the news that captures the reader’s attention is bad. Bad news travels faster than good news. Last night’s Red Sox victory might be the exception, unless your a Cards fan. But, typically, bad news sells. People thrive on it.

Something about the news the Apostle Paul gave Felix, the governor of Judea, was bad news. And Felix didn’t like it one bit. So bad, in fact, was that news that it caused Felix fear. The word used for “fear” in the passage literally means to “tremble” or be “terrified.” Paul was the prisoner, not Felix, and Felix is the one who invited Paul to speak with him. So why all the fear and trembling then? I thought Paul was a minister of the “good news,” about the Gospel of Jesus Christ. So why now is he the bearer of bad news?

We’ll dig deeper into that question on Sunday morning and also ask, “What is it about us that loves bad news?”

Come learn more as we join together Sunday morning for worship at 10:30 and for Sunday School at 9:15. Don’t forget to set your clock back an hour Saturday night. Everyone is welcome! 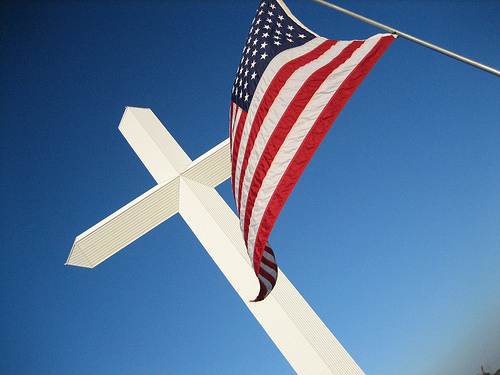 Have you noticed how much politicians have changed in the last eight to ten years? Whether Democrat or Republican, it used to be in vogue to tout your Christian faith before the voters. But that’s not so much the case anymore. Wearing the Christian label can be politically incorrect for several reasons.

The main reason is that fewer Americans are checking the survey box for “Christian.” According to Lifeway President, Ed Stetzer, many of the same people are merely deselecting the Christian label. In a recent USA Today column, Stetzer said, “People who once called themselves Christians are simply no longer doing that. As Christians find themselves more and more on the margins of American society (on moral issues), people are beginning to count the cost. It can actually be polarizing or considered intolerant now.”

What Stetzer’s effectively saying is that those who merely called themselves Christian, but had no genuine commitment to Christ, are now opting out. Perhaps we could say, those folks are finally calling it like it is. As Stetzer points out, “The Church is not dying, it is just being more clearly defined.” A Christian is, after all, one who puts his or her faith in the life, atoning death and resurrection of Jesus Christ (the Gospel). Anyone calling themselves a Christian outside of this definition is actually not a Christian, no matter what box they check. Christians serve Jesus as Lord, by taking up their own cross and following Him. None of us do that perfectly, after all we’re still a work in process, but by God’s grace we have the desire and strive to do so.

While this trend may seem negative, I actually believe it’s positive for American Christianity. Finally, our non-Christian neighbors will be able to see that we are different. By different, I don’t mean that we act more righteous than others, although I hope there’s some evidence of the Holy Spirit in us which testifies to that fact. What I mean is that because we are not righteous on our own, we see our own need to depend on and not abandon Jesus. I hope they see us not as “intolerant,” but as compelled by love into our neighborhoods and towns to tell others boldly and respectfully the truth about their need for Jesus.

While the percentage of those identifying themselves as Christian is on the decline in America, the actual percentage of those who say they have “faith in Jesus, He has changed their lives, and since that time their lives have been increasingly orient around their faith in Him” has actually increased by almost the same amount as nominal Protestantism has decreased. This represents not a shift from one group to another but, rather, new life in Jesus Christ as a result of the faithful proclamation of the Gospel.

Our own country is fast becoming a mission field. We can now more clearly see to whom we need to bring the Gospel. Therefore, let’s take advantage of this historic opportunity to make the most of telling others about Jesus. And let’s pray that God would use our witness to bring about revival and transform a nation from nominal to authentic Christianity.

This Sunday, we’re going to look at a few of the differences of perspective between Christian faith and other things people put their faith in. The contrast is striking and exemplified by those in this week’s passage from the book of Acts. Is your faith built on the Solid Rock or on sinking sand?

Come learn more as we join together Sunday morning for worship at 10:30 and for Sunday School at 9:15. Everyone is welcome! 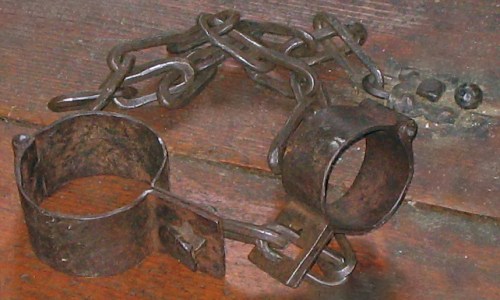 We are nearing the end of our journey through the book of Acts and it sure seems that the Apostle Paul is nearing the end of his journey in this world. He was nearly torn to shreds by a riotous mob in Jerusalem, rescued only to be put in chains by Roman authorities, tied to the rack for a torturous whipping, then saved by his Roman citizenship only to be turned over to Judaism’s ruling council, who were no friends of Paul. Paul was not guilty of any crime yet the Jews sought to kill him and the Romans dared not to release him.

What caused Paul to carry on rather than quite or escape? He was a man on a mission. Paul, in fact, is not the only Christian sent by Jesus on this mission. God puts all Christians on a mission and stands by them in it. Before us this week is an excellent example of how you and I can carry out our mission for Jesus and how He will stand by us as we do.

Come learn more as we join together Sunday morning for worship at 10:30 and for Sunday School at 9:15. Everyone is welcome!

This week’s reading is a very long passage in the book of Acts. It is one of the longest we’ll look at during our journey through the book and is meant to be read all together. The Apostle Paul has now made it to Jerusalem, a stop on the way to his destination, Rome. Heading to Rome will not be easy, as Paul endeavors to bring the Gospel of Jesus Christ to the ends of the earth (Acts 1:8). But, ultimately, Paul’s journey is not Paul’s journey. God is at work in Paul, as we’ve been reminded numerous times, and continues to work out that which He initially began in Paul. We are told, once again, of Paul’s conversion, given a few new details and see, through Paul, all that God has and is still accomplishing.

Our own Christian journeys mirror Paul’s, in that God has always been and always will be at work our Christian lives. We all experience the drama, the ups and downs and the surprises life throws us, just as Paul did. Yet, even in all these things, God is still at work. They don’t happen haphazardly and without purpose. This week, we’re going to look at the ways in which God is at work in our lives and consider what we are to make of it all.

Come join us for Sunday morning worship at 10:30 and for Sunday School at 9:15. Everyone is welcome!

Mint chocolate chip or cookie dough? Blue shirt or yellow shirt?Decisions, decisions and what difference do they really make? I’d rather someone else make decisions like this because I can never decide. And it really doesn’t matter to me. Well, our decisions are not always this mundane and not every one agrees with the decisions you and I make. In the book of Acts this week, we see that the Apostle Paul was certainly faced with some tough decisions and he made at least one of them while being second guessed by many of his closest companions.

Paul’s love for Jesus and his faith prepared him to make the tough calls and can help you and I make them too, while at the same time keeping the peace. Because of the Gospel we can resolve conflict with others and ultimately make the most of our lives for Jesus. The Gospel compels us to sacrifice our lives for Jesus. This Sunday, we’ll see how that realistically worked out in the life of the growing Christian church and how it work in your life and in mine today.

Come join us for Sunday morning worship at 10:30 and for Sunday School at 9:15. Everyone is welcome!