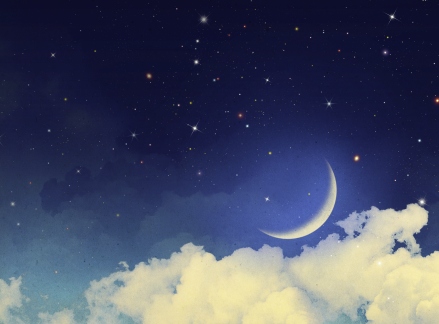 “Unless the LORD builds the house, those who build it labor in vain. Unless the LORD watches over the city, the watchman stays awake in vain. It is in vain that you rise up early and go late to rest, eating the bread of anxious toil; for he gives to his beloved sleep.” (Psalm 127:1-2)

Singer, Carly Simon, wrote a song back in the 1970’s titled, You’re So Vain.   The chorus went, “You’re so vain, you probably think this song is about you, you’re so vain.” A good line, huh? It became a huge hit and Simon acknowledged that she wrote it with someone particular in mind. For years, people speculated on the object of her scorn, but Simon has still yet to reveal the name of the man she wrote about. I have a feeling he knows who he is; or maybe he doesn’t!

The Bible often refers to humans as being “vain” or seeking “vainglory.” Those who profess faith in Jesus Christ are indwelt by the Holy Spirit and must not be “desirous of vain glory.” (Galatians 5:26) Paul admonishes, “Let nothing be done through strife or vainglory; but in lowliness of mind let each esteem others better than themselves.” (Philippians 2:3) It’s easy for me to read passages, like these, and blow by them or, worse yet, think they’re not speaking to my heart. But therein lies the problem Carly Simon was addressing when she wrote, “I bet you think this song is about you.” It might be said, of you and me, “I bet you don’t think this verse is about you,” but that’s something we need to rethink.

We are usually blind to our own vainglory. We don’t see it. That’s because vainglory can be subtle, especially when it disguises itself to appear more virtuous than it is. What’s more, vainglory, ultimately, goes beyond esteeming oneself above others to esteeming oneself above God. The first two verses of Psalm 127 (above) make that very point. Your plans and efforts are futile apart from God, even if those labors are focused on doing work for the church. You can make plans and work day and night, yet your efforts may be completely in vain. You and I need to ask, “To whose glory am I really staying busy for?” We need to wonder, “Why do these things make me burn the candle at both ends or keep me awake at night?” The answer to these questions, I’ve found, is I’ve viewed myself as too essential. I would never say, “It’s a good thing I’m on top of this,” but that’s what my actions reveal. They reveal my own vainglory.

The Lord wants us to rest in His glory, and not our own. To do otherwise is vain. It is empty and useless. God does not need us but chose to use us in carrying out His plans of providence. “He gives His beloved sleep,” because He neither “slumbers nor sleeps.” (Psalm 124:4) When you make time for a good and full night’s sleep, you are not only resting your body, you are also resting your plans and your cares in the Lord. We must not view ourselves as more essential than we are. It is the Lord who made heaven and earth and you and me. When you’re anxious, restless and telling everyone you’re “busy,” stop and consider the words of Psalm 127:1-2 printed above.  Because, at that very moment, it seems the most God exalting thing you can do is crawl into bed early.   Pardon me now while I take a nap.

I love to preach through entire books of the Bible, as opposed to selecting a topic or proposition and finding a biblical text to support it.  That let’s the Word of God set the agenda, rather than my own personal rant.  It also forces me to preach on passages, like the one we’re covering this week from Genesis chapter 38, which I’m certain I would never otherwise select (have you read it?).

This crazy (for lack of a better word) episode in Judah’s life seems so out of place and yet it’s vital to God’s eternal plan of salvation and every bit as important as Joseph’s rise to power in Egypt.  In fact, God’s unlikely choices (as is the case with Judah) can result in no one else’s boasting, only God’s.  His choices and ways rob us of the notion that we can be our own saviors.  That may be an insult to your own sense of autonomy, but consider it an encouragement to your inability to find acceptance or justification in any other way.  This Sunday we’re going to see not only how unlikely Judah was, but how amazing and faithful God is to His promises, and hopeful we can be if we’re His.

Have you ever found yourself in circumstances that caused you to wonder, “Where are you God?”  You know, a time when you’ve thought, “If God’s really in charge, why are things the way they are?”  “Why doesn’t He do something?!”

Joseph, whose circumstances are the focus of this last section of Genesis, may have asked these same questions.  There is no mention of God or His actions in Joseph’s life during the episode reported in this week’s passage.  God appears mysteriously silent at this point.  At first glance, it might seem that God is altogether absent from the matters surrounding the threats and harm Joseph endured.  While God appears to be silent, we will soon see, it was no sign of His absence.  In fact, The Lord is the main character in the highly charged drama featured in Genesis 37.  He’s not mentioned by name, but as you look back on these incidents down the road, you’ll be able to see God’s hand all over it.  It reminds us that God “works all things according to the counsel of His will.” (Ephesians 1:11)  ALL things.  Even things that don’t seem to make sense from our immediate perspective.  Even things that hurt or are confusing in the moment.

This Sunday, we’ll take a look at a number of ways God was at work through the seemingly unfortunate circumstances of Jospeph’s life.  And from them we’ll draw encouragement and hope when we feel God is “silent” in our own circumstances.  God may appear silent, but He’s in no way absent. 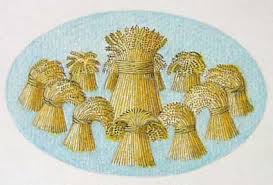 You can’t help but notice the recent battle (I hesitate to call it a debate – there’s not much debating) pitting religious against sexual liberty.  The confrontation is especially grievous in the social media.  At the extremes, each side seeks to conform the other to its morality.  The side with the most votes wins in the legislative arena and may very well end up imposing its morality on the losing side.  There is a tremendous amount of resentment on both sides.

How are we, as Christians, to think about these issues (see my sermon titled “Sodom’s Sin”)?  How are we as Christians to respond when our religious liberty is threatened by a secular society?  The rapid moral shift in our country has led some to cry, “Let’s take back our country for God!”  But is God really losing?  Has God already lost on this one?  No!

Our passage in Genesis, this coming Sunday, shows us that human desire for autonomy often exists amidst God’s sovereignty.  God is not losing and God has not lost, but the autonomous desires of humans fall under and fold within God’s sovereign plans of providence.  We’ll look at three human examples, on Sunday, to help us understand how God uses all things in securing the final victory, and we’ll discuss how that causes us to respond with hope, rather than resentment.